According to The National Center for Health in Public Housing, over 2 million residents live in public housing across the country.  Public housing was initially developed to offer safe, decent rental homes for the lowest income households – roughly 36% of public housing households include someone with disabilities; 37% are children, and 16% are seniors.  The average yearly household income of this population is $13,984, which is well below the federal poverty line.

Public housing was first put in place to help the poorest households by offering them rent they could actually afford, which, in turn, provides them with an opportunity to get back on their feet.  But inadequate federal funding and attention in recent years are seriously undermining the program’s intent. Since 2010, Congress has cut the budget for public housing repairs in half. Information from the Center on Budget and Policy Priorities states that the sheer number of public housing units has decreased by over 250,000 since the mid-1990s.  As the Center explains, this significant drop is “mainly because housing agencies have demolished or otherwise removed units from stock, due to deterioration resulting from long-term underfunding and other factors.  Only a small share of the removed units have been replaced with new public housing.”

The consequences of this disinvestment don’t just impact the economic prospects of low-income households, but also their general health and wellbeing.  Studies worldwide have clearly shown that substandard housing – whether subsidized or not – can have profound negative effects on health.

Take, for instance, the established link between asbestos and mesothelioma.  The use of asbestos-containing materials (ACMs) peaked between the 1930s and 1980s, though it was used for centuries before 1930 and still remains in small percentages in materials produced today.  Asbestos was once considered a miracle mineral of the early 20th century, renowned for its tensile strength, flame and heat retardant properties, and low cost.  It was used pervasively as a way to cut the costs of building and maintaining housing properties.  Unfortunately, asbestos is also well-known for being the sole cause of the dangerous cancer mesothelioma, as well as asbestosis and occasionally lung cancer.  Despite these terrible health impacts, asbestos was used liberally throughout these years and remains in many buildings to this day. Low-income housing properties are a prime suspect for still having ACMs present because US law doesn’t specifically prohibit the mineral, as long as it is kept in good repair.

Asbestos in the Home 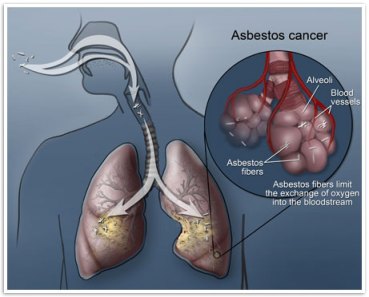 Asbestos In the Lungs 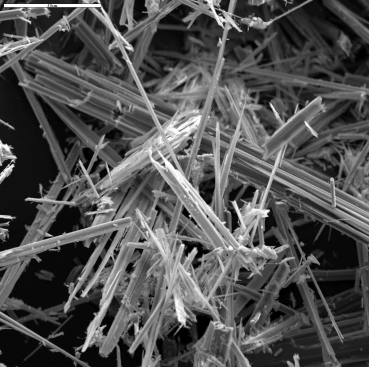 Elderly people are most at risk for developing mesothelioma and other health ailments, due to their longer exposures to toxins and degrading immune systems.  Seniors make up a large percentage of public housing residents, making them a large worry for contracting mesothelioma or other diseases. Other health threats posed by substandard housing include lead poisoning, collapse or general infrastructure failure, mold, and poor air quality.

Everyone deserves to live in a home where their health isn’t consistently at risk, but that isn’t always the case. Residents of these properties can ask their landlords to get their buildings checked for toxins and structural issues since landlords have a legal duty to maintaining their properties in livable conditions.  However, many landlords are either unable to make these repairs or unwilling.  Additionally, a lack of government resources to support these upgrades makes these repairs even more difficult. Investing in the safe renovation of these communities would have a large positive impact on the residents and the community.

In addition to physical health and well-being, it is not difficult to imagine the toll subpar living conditions could take on a person’s mental health as well.  According to a 2015 study by the MacArthur Foundation, which focused on 371 low-income families in the Bronx who lived in public housing or used a federal housing voucher, “poor housing conditions are associated with more depressive symptomology and hostility.”

Housing that is affordable, especially for the most vulnerable low-income households, is badly needed across the country.  But we must make the necessary investments to ensure that affordable housing is also safe, decent, and healthy to live in.  Research shows that carefully planned and well-maintained affordable housing can have a positive effect on the health outcomes of residents. That’s why housing and health partnerships have formed through the Opportunity Starts at Home campaign to advocate for more robust and equitable federal housing policies.

In the campaign’s newly released policy agenda called “Within Reach,”  the campaign calls for a substantial expansion of the supply of affordable housing, a substantial expansion of rental assistance, and the creation of a new national program that provides emergency assistance to households during a crisis. Through these powerful new multi-sector partnerships and an ambitious policy agenda, the campaign hopes to elevate housing affordability and its health implications to a national conversation.

Health care advocates are housing advocates.  We must make adequate investments to ensure that affordable housing is also healthy housing.

This blog was written by the Mesothelioma Cancer Alliance for the Opportunity Starts at Home campaign of the National Low Income Housing Coalition.