“Every action I take, I will ask myself: does this make life better for young Americans in Baltimore, Chicago, Detroit, Ferguson who have as much of a right to live out their dreams as any other child in America?” Those were words stated by then-candidate Donald Trump at the 2016 Republican National Convention.

Well, Mr. President, your administration’s proposal to cut HUD’s budget by $7.7 billion will do anything but that.

While President Donald Trump is expected to send Congress a high-level budget proposal for Fiscal Year 2018 next week, an overview of early drafts by the Washington Post shows the severity of cuts under consideration. Multiple sources confirm that the administration could slash HUD’s budget by as much as $7.7 billion from FY17 funding levels, a 16% cut.

Specifically, the leaked HUD budget would: 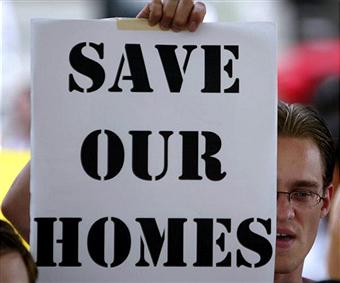 With a national shortage of 7.4 million homes affordable and available to the lowest income people in the country, these cuts are not only unacceptable—they are downright dangerous. Such cuts would likely lead to more families facing eviction and living on the streets instead of having a warm, stable and affordable home—a place where their children can play and do their homework, where seniors can live out their golden years, or where people with disabilities don’t have to worry about accessibility issues.

In the Chicago metro area, the city Mr. Trump often speaks of, there is a shortage of 264,000 homes that are affordable and available to the lowest income renters. That means for every 100 extremely low income renter households, there are only 26 homes that are affordable and available to them. Seventy-six percent of these lowest income renters in Chicago spend more than half of their income on rent, leaving them one emergency away from homelessness.

The proposed cuts would seriously exacerbate this shortage. They would allow public housing properties, which are chronically underfunded, to fall further into disrepair, putting at risk the homes of more than 1 million residents who are often elderly, have a disability, or both.

People who could lose the rental assistance they receive from HUD, like Housing Choice Vouchers, would have to pay even more of their limited income on rent. As a result, they would have fewer resources to spend on other basic essentials, like food, healthcare, and education—the very things that help kids reach their full potential.

And by eliminating block grant resources for community development and housing production, the Trump budget would undermine the ability for states and communities to invest in their communities, address their housing shortage, and meet other pressing needs.

So again, how does a $7.7 billion cut to the HUD, which has lifted four million people out of poverty—including 1.5 million children—make life better for kids growing up in Chicago or any other community in the U.S.?

If anything, we should be increasing federal investments in affordable housing.

Such investments provide families and communities with the resources they need to thrive. Access to affordable housing has wide-ranging, positive impacts. Evidence-based research has shown that when families have stable, decent, and accessible homes that they can afford, they are better able to find employment, achieve economic mobility, perform better in school, and maintain improved health. Increasing and preserving access to affordable housing in areas of opportunity helps families climb the economic ladder, leading to greater community development and bolstering economic productivity and job creation.

In contrast, evidence has also shown that people, especially children, experience poor outcomes in many areas of their lives when they experience homelessness and housing instability.

It’s time for advocates to speak out against these cuts by contacting their members of Congress. Tell your lawmakers any further cuts to HUD are unacceptable and will hurt the very people they represent.

The NLIHC-led Campaign for Housing and Community Development Funding (CHCDF) will be hosting a webinar on March 20* to discuss the proposed budget cuts and ways to effectively engage lawmakers.  We hope you’ll join!

Note: The March 20 presentation is available at: http://nlihc.org/events/webinars