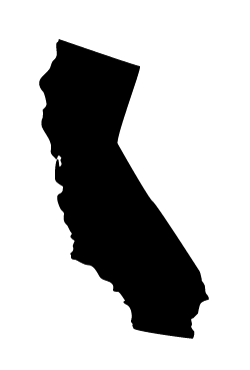 On November 8, voters in California will consider 17 statewide ballot measures. Direct legislation is more common in California than anywhere else in the country. Cities and counties throughout the state are adding referenda of their own, many of which aim to address housing affordability and homelessness. Ranging from housing bonds to zoning changes, these measures coincide with a heightened public awareness around housing and homelessness as the crisis intensifies in California.

California’s homeless population reached 115,000 in 2015, with nearly 74,000 individuals living unsheltered, according to the Annual Homeless Assessment Report assembled by the U.S. Department of Housing and Urban Development (HUD). According to NLIHC’s 2016 Gap Report, there is a shortage of 1,003,110 affordable and available units for extremely low income (ELI) renters—those earning 30% or less of area median income (AMI).

The housing and homelessness crisis has become particularly dire in Silicon Valley region, where skyrocketing housing costs have made the area unaffordable for those who have not benefitted from the tech industry’s prosperity. In response, San Francisco voters approved a $310 million bond last fall for the construction of affordable housing in the city (see Memo, 11/9/2015 and 10/13/2015). Voters in Santa Clara and Alameda counties will decide on similar measures this November.

Beyond measures to build more housing that is affordable, tenant advocates are taking action to slow the escalation of rents in markets with tremendous scarcities of rental housing. In November, five communities in the Bay Area will consider referenda to adopt rent control policies that will cap annual increases in rent amounts. Advocates in the cities of Richmond, Mountain View, Alameda, San Mateo, and Burlingame collected enough signatures to qualify for the ballot. The referenda in San Mateo and Burlingame are being contested and their respective city councils will decide before the end of August if rent control will be included in November. In the City of Richmond, the rent control ballot measure will serve to counteract the City Council’s repeal of their existing rent control ordinance in November of 2015. More information about rent control initiatives can be found at the Tenants Together website.