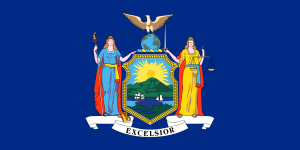 The polling was conducted from June 1 through June 5, 2015 by Mason-Dixon Polling and Research and Belden Russonello Strategists LLC. Sixty-eight percent of New York voters polled supported increasing federal funding for affordable housing to help end homelessness. While most respondents expressed support for the mortgage interest deduction (MID), they also expressed considerable support for reforms that would make the deduction fairer and less regressive, and more than half said they would apply any savings from MID reform to ending homelessness.

Fifty-eight percent of New York voters favored capping the amount of a mortgage against which homeowners can claim a tax break to $500,000 (down from $1 million currently). Only 33% opposed lowering the cap.  Forty-nine percent supported replacing the mortgage interest deduction (which only those who earn enough to itemize on their taxes can claim and that disproportionately benefits households in the highest tax brackets) with a 15% tax credit that all homeowners with a mortgage could claim.  Only 40% opposed such a change.

“New York voters’ support for smart investments to end homelessness is extremely encouraging,” stated Sheila Crowley, President and CEO of the National Low Income Housing Coalition. “With these modest changes to the mortgage interest deduction, we could end homelessness in New York and nationally without any additional cost to the federal government.”

In response to a question about whether or not New York voters support the state government partnering with their local governments to create permanent housing with support services for homeless people with disabilities in communities, a resounding 72% said they were in favor of creating such homes.

“New Yorkers understand that our state is in desperate need of more affordable housing and services for our lowest income residents and people with disabilities,” said Laura Mascuch, Executive Director of Supportive Housing Network of New York. “We must make ending homelessness a state and national priority.”

The survey of 625 registered voters in New York was conducted by Mason-Dixon Polling and Research of Washington, DC and Jacksonville, Florida, from questions written by Belden Russonello Strategists LLC of Washington, DC. Interviews were conducted by telephone, both landlines and cell phones, from June 1 through June 5, 2015.  The margin of sampling error for a random sample survey of this size is plus or minus 4 percentage points.

To read full details of the survey, please click the following link.