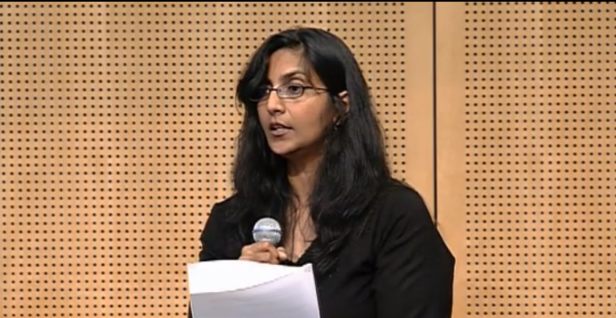 The Seattle City Council voted unanimously on June 6 to pass legislation that will prevent landlords from raising rents on homes that do not meet basic living standards. This new approach may be a model for cities working to combat rising rents amidst declining housing quality. The Seattle legislation is colloquially dubbed the “Carl Haglund Law” in reference to a landlord who recently doubled the rent on apartments that were plagued with mold, cockroaches, broken heaters and other maladies. Tenants in Mr. Haglund’s building, most of whom are East African immigrants, joined forces last fall with the Tenants Union of Washington State to raise awareness of these substandard living conditions. Outreach efforts gained the attention of City Councilmember Kshama Sawant, who then introduced the recently-passed ordinance.

“Landlords keeping their properties in unlivable conditions while simultaneously raising rents is a horrendous practice that has been legal and all-too-common,” said Ms. Sawant during a hearing on the ordinance. Advocacy groups present at the hearing expressed similar concerns. The Washington Community Action Network discussed their survey of Seattle renters, almost 75% of whom reported code violations in their apartments, approximately one-third of which went unaddressed by their respective landlords.

The Carl Haglund Law now makes it illegal for landlords to increase rent on any unit with substandard living conditions. Title 22 of Seattle’s municipal code defines these conditions as those that render buildings or apartment units “unfit for human habitation” and suffer from vermin infestation, inadequate heating and other problems. After conditions like these brought controversy to the apartments he owns, Mr. Haglund promised to make all necessary repairs to the building and to provide tenants with one month rent-free.

The law transfers responsibility for enforcement from the city’s police department to the Seattle Department of Construction and Inspections. Due to limited government resources, however, the process for limiting rent hikes and ensuring repairs will be complaint-based. “Tenants will have at their disposal a law to challenge landlords that are treating them unfairly, but it will require tenants to continue organizing,” Ms. Sawant added.

Roger Valdez, director of Smart Growth Seattle, argued that landlords should be able to raise rents in order to pay for repairs. He expressed concern over burdensome regulations that could affect the production and maintenance of affordable housing. Additionally, he said the Carl Haglund Law may violate the state’s ban on rent control.

Ms. Sawant’s allies are aware of the ambiguity surrounding the statewide ban on rent control and have actually invited landlords to file a lawsuit —noting that the courts may not view their case as favorably if it involves rent limits on a decrepit building with suffering tenants. A ruling could potentially even strike down the rent control ban, sidestepping a contentious political battle in the state legislature.

With her latest victory in strengthening tenant protections, Councilmember Sawant has shown the effectiveness of taking an iterative approach to city reforms. In addition to repealing the state ban on rent control, she hopes to pass a tenants’ bill of rights and to place a cap on move-in fees, which can often cost more than $4,000. After gaining unanimous support for the Carl Haglund Law, including a sponsorship from Seattle Mayor Ed Murray, there may be political momentum to further advance an agenda for safe and affordable housing.